Running Into the Wild at Re:publica

Smartphone cases which take you off the radar, a tearful audience, the fun and freeky Polish band Bokka and David Hasselhoff, they were all there to be found at Europe’s largest social media conference Republica in Berlin, with the motto INTO THE WILD. Strolling from the gate to the far end of the station here’s 5 glimpses of the wild we ran into. 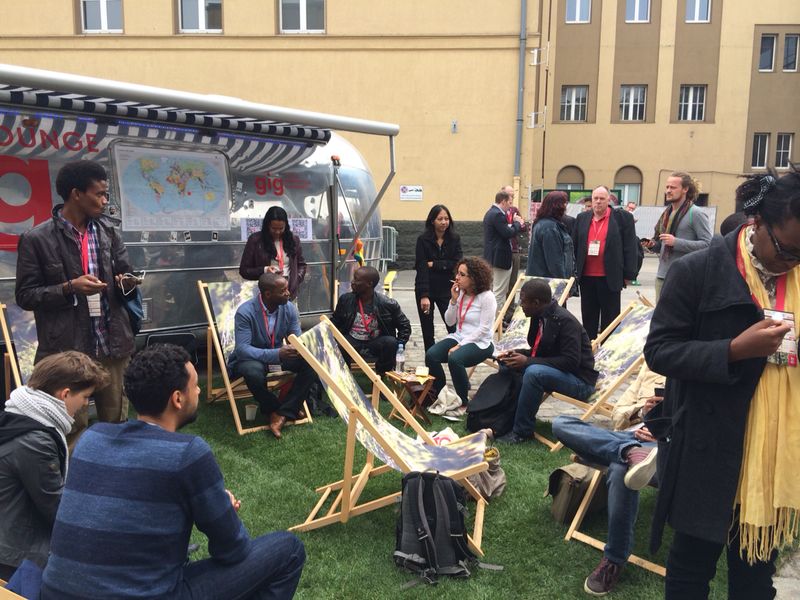 What a great stage this was. The funky silver caravan hosted a group of 60 or 70 people brought together by the GIZ, Gesellschaft fur Internationale Zusammenarbeit. The international gang of 70 or so are involved in all sorts of smart startups. How about the Tanzanian Wilhem Oddo, who went on a bustrip from Zimbabwe to South Africa with Startup Bus Africa and, whilst on the road, developed the Android app Bribed. A funny one, this app, as it gives you advice on what the average bribe is, whilst you’re being bribed. Hang on officer, let me check my phone to see if I’m not paying you too little. Haha. 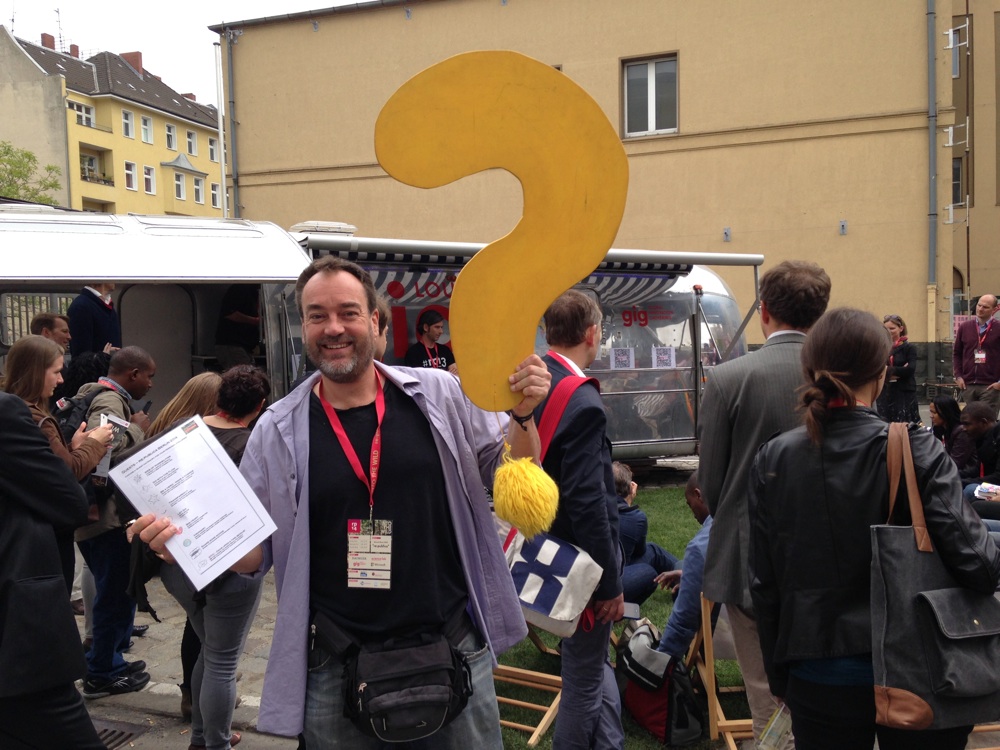 Meet Richard. Richard, a dutch filmmaker and streetartist was at Re:publica to add some serious gaming to the event. His mission; to give the audience some true and utter connecting experiences. If you’d complete three of his exercises you’d win a price. I love winning prizes (read, am intensely competitive when put up for a contest) So after hugging Margreet and telling her that I am so glad she is my business partner (1), I took Richard for a dance (2) and then caught a falling stick, which is really hard, as wooden sticks happen to fall to the ground rather fast. Yes! 3 excercises completed! The prize was great; an hour extra to my live which I am free to spend with anyone who needs one. So, anyone, please come forward if you have no time. I have an hour extra.

3. The Afrilabs pitch competition and cocreation 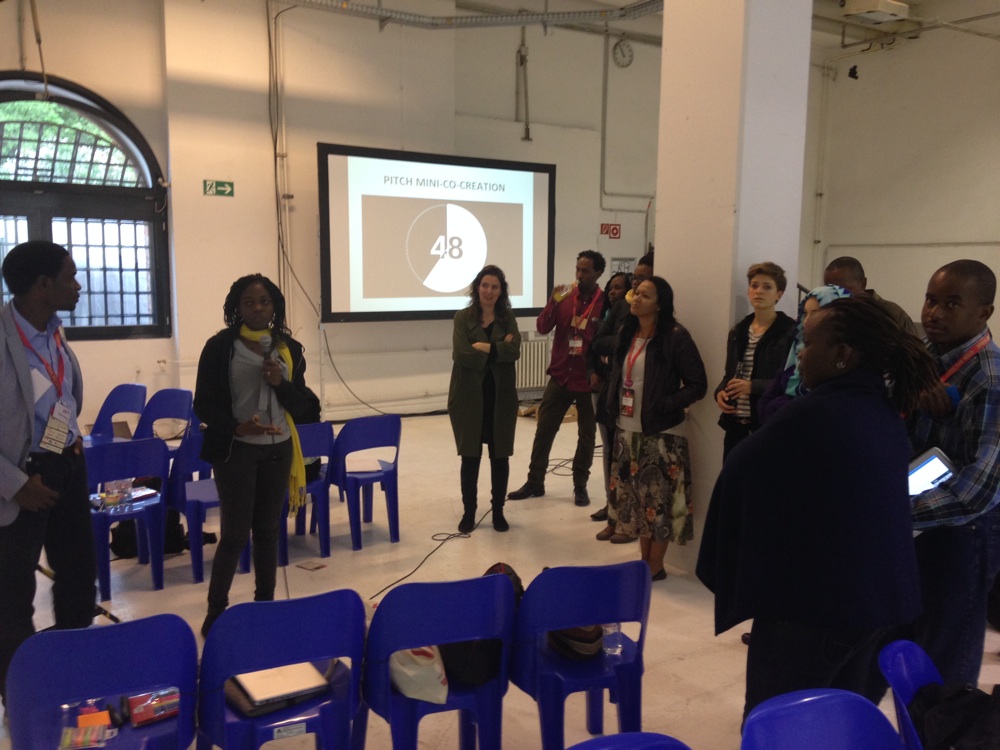 The reason why we went to Berlin. It goes like this: a few years ago some young, smart and ambitious Africans started setting up hubs on their continent; offices and other places where the smart, entrepreneurial and techie Africans could meet, brainstorm and develop. They are called the cheetah generation, as they take their future in their own hands, find new solutions to old problems and generally give Africa a totally new face. The hubfounders thought it would be a great idea if they’d form an online community as they talk and understand eachothers ambitious language. Hence Afrilabs was born. Almost 30 hubs are united in Afrilabs now and many startups that were developed from the hubs have seen the light over the past few years. The hubs and its startups are even starting to influence the job market and the Rockefeller foundation is interested to see how. That’s where DE CONNECTORS came in. Afrilabs asked us to organize an online and offline cocreation, where 9 hubs work on eachothers challenges which involve the digital jobmarket. We organized the pitch competition and out of 13 challenges the jury picked the 9 strongest ones. On the 5th of June the hubs will work online in a livestreaming hangout and create concrete solutions to their challenges. Can’t wait to continue working with these inspiring and fun folks. And did I tell you they are good at partying too? Keep you posted. 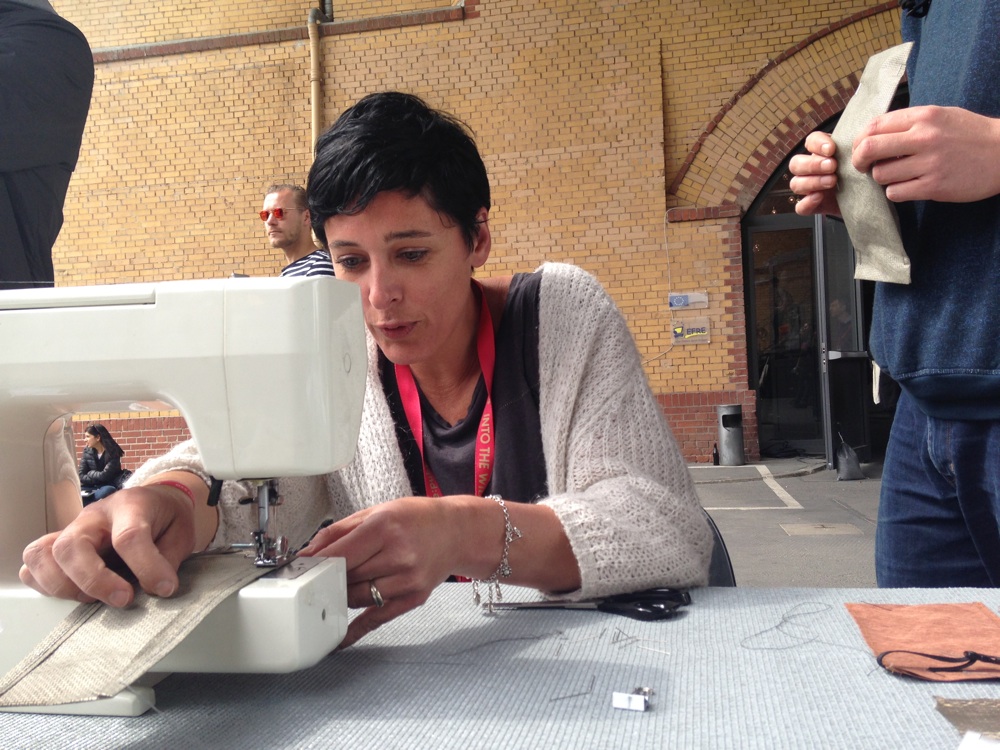 Talking about INTO THE WILD and the growing urge to sometimes be less transparent and predictable, here’s what to do. Grab a piece of funny material from the guys from Biologa – do come forward in the comment section if you know what the textile is called – sow a straight line or 2 to make a bag and voila, here’s your radiant free smartphone case. Put your smart phone in it and nobody will be able to follow your tracks anymore. Don’t get lost.

5. The tears from Bilal Ghalib 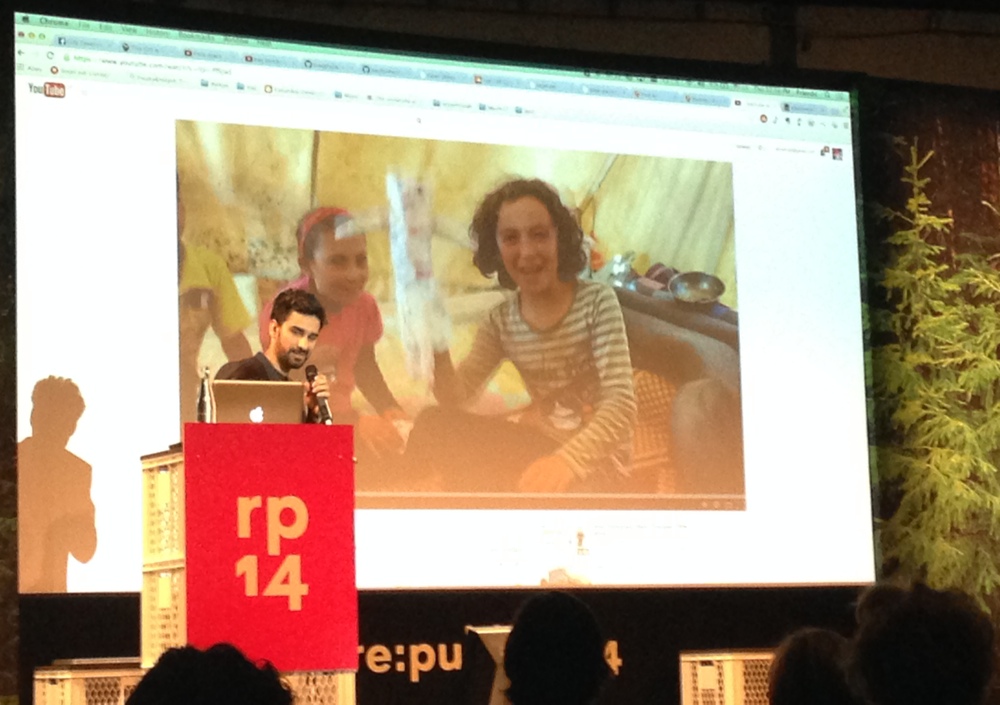 Now this was a moving talk. Bilal Ghalib, an Afrilabs member, wants us all to remember the dead; the hundreds of thousands who are struck by missiles and carbombs, yet we never hear about. The girl in the picture is his friend, she lives in a refugee camp in Syria. Last week she died because a bomb was dropped on her school. Bilal paused and cried. We all paused and cried. Bilal also made an impressive piece of carbombing audio. He was in Baghdad you see, where he was going to give a training. Only on the day of the training, the guard in front of the building was struck and killed by a carbomb. Not to worry, the police said, by 4 pm you should be able to start your training. Not to worry?!! Bilal was shocked. Of course, carbombs blow off pretty much every day in Baghdad. But come on, that’s a bad thing right! To express his anger this is what he made: a piece of audio with 365 beats, each day is a beat. On those days a carbomb went off, he placed a drum. The louder the drum, the larger the bomb. Listen to it. It gives you the creeps. Well done Bilal.