As the kick-off for our information campaign our reporter Petra Kroon had an appointment with Rolf Kleef. What was meant as an informative interview about Open Development Camp turned out to be a great conversation. About ‘Open’, its different meanings, its dark sides. And off course its advantages. Precisely what #ODC14 is all about. 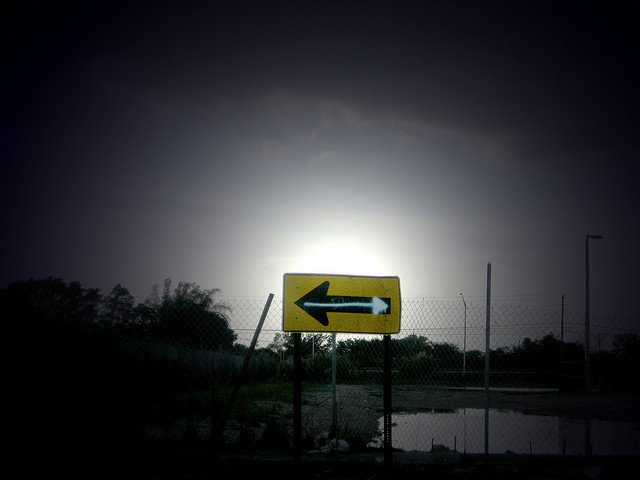 Monday afternoon. I have an appointment with Rolf Kleef, to some the Dutch Nestor of open data, to all one of the initiators of Open Development Camp (ODC) – previously known as Open Data for Development Camp. Weather data predicted another flood for this afternoon. Based on the forecast, I more or less decided to do a Skype meeting. But looking out of my window it is just drizzling. So far for the prediction. Hence no Skype but a face to face talk.

The interview is the start of ODC’s information campaign for the 2014 edition of the event. The focus of the interview is clear: Why wondering whether open is the solution to all the problems in the world, either occurring in small communities or on a global scale?

Or as it is framed on the website:
#ODC14: Open, just, right?
Open as in: open government, open data, open knowledge. Open is freedom and innovation, and the promise to empower us as citizens and consumers.
But is Open enough to cure the worlds pressing problems?

I prepared myself rather well: made a list of questions, read some stuff about data and open data, dug in my own knowledge. In other words, you know, all the things you do when you are a good and professional reporter. Because, after all that’s what I am: a professional reporter.
Data and open data, what’s the difference?
Ready for my interview, I entered our meeting point Studio K, a venue in an upcoming neighbourhood in the eastern part of Amsterdam – some even state that the process of gentrification is taking place at full speed here. And it is right after my first question: what’s the difference between data and open data? that we go into a real conversation. Really interested in each other’s arguments. In each other’s ideas. Not for the sake of the interview but because of mutual interests.

A talk also during which you as a journalist forget to write down what kind of information your guest is providing you with. But because your conversation – or should I say interview? – is so inspiring you’ll remember what is said and discussed with the help of your very few – and hardly readable- notes. ‘Data’, Rolf said, ‘ is just machine-readable information: in a spreadsheet instead of a pdf. It’s technical. Open is the other part. It is about ownership. About permission, about rights. Rights as a citizen in relationship to the authorities. Ownership of your projects as an employee in relationship to your boss. Or your other colleagues.’

‘So open is about a cultural shift?’ I asked. As a confirmation, Rolf tells an anecdote. ‘Development aid organisation Cordaid does not show only poster projects anymore. All the projects they carry out are described on the website. As an employee you are accountable by everybody for your project. It also means that your boss and your communication colleagues need to have faith in you. Need to let go of the urge to control you. That’s a real shift.’

Our conversation switches from trust to safety to privacy to democracy to techniques. With every new meaning of ‘open’ Rolf has an anecdote. Talking about safety: ‘If your work is to free people from oppressive regimes and you know they will be in danger when you would operate fully in the open, what do you do?’ And when it comes to privacy: ‘Evgeny Morozov already suggests a shift in the discussion from privacy to personality. Facebook may give you back your privacy and use psychological techniques to influence your mood, to further increase your engagement with the platform. If algorithms make decisions that impact who we are and can be, they become part of politics. Techniques: ‘How do we relate to drones? To 3D-techniques? If everything is open, how about R&D and the business models to finance R&D?’
Disruptive change?
In other words: there’s no single answer to “how to be open”. Its meaning and influence depends on the situation, its culture and its politics.
And what about the dark side of open?

I ask Rolf. Privacy is  theft, I state, quoting Dave Eggers’ bestseller The Circle. Is open the answer to al our social problems? ‘No, I’m not such a ‘happy techno-utopian’ as people like Alexander Klöpping or Martijn Aslander. I do see and want to discuss the downside. All inventions can be used for the good and for the bad.
‘So we need to diminish the dark sides of open as much as possible. You can’t prevent people using open data the wrong way: just to benefit themselves, or even worse: to harm others. You can only try to restrict those effects. But no need to panic. We should analyse what has happened until now, what should happen in the future to solve all kinds of social problems and what will be necessary to make that happen. We need to learn from what we do.’
I nod: analyse, forecast, act.
I take a look at my list. All my questions are answered. But not in a way I expected, not in the way of a normal interview but in the way of a real conversation. With interesting insights and great dilemmas. So how do I make a good, readable story out of this conversation? I sigh.
‘Just reproduce our talk’ Rolf advises. ‘Because that is what ODC14 is all about. We talk about open, we discuss the pros and cons, we identify the dilemmas. And we set an agenda for the coming ODC’s. And for society to deal with open.’